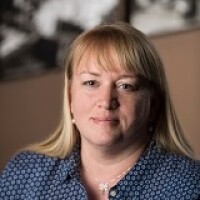 Professor Harris's research interests center on families, women, and gender in early modern Britain. She is particularly interested in the way family and social relationships inform one another. She uses both her historical and genealogical training to study family relationships of the past. Her first book, Siblinghood and Social Relations in Georgian England (University of Manchester Press, 2012), examines the impact sisters and brothers had on eighteenth-century English families and society. Using evidence from letters, diaries, probate disputes, court transcripts, prescriptive literature, and portraiture, it argues that although parents' wills often recommended their children "share and share alike," siblings had to constantly negotiate between prescribed equality and practiced inequalities. Her most recent work, Family Life in England and America, 1690-1820, was co-edited with Rachel Cope and Jane Hinckley (Routledge, 2015). This four-volume collection of original sources (manuscript and print) brings together sources from both sides of the Atlantic and from a wide variety of regional archives. It is the first collection of its kind, allowing comparisons between the development of the family in England and America during a time of significant change. She is currently working on a new book: A Single View: Family Life and the Unmarried in Georgian England, which analyzes family relations across the lifespan of never-married men and women. She is also in the midst of a large project about kinship and poverty in early modern Britain and colonial America. Using both historical and genealogical tools (she has a professional credential in genealogy), she explores kinship ties among recipients of poor relief. Prof. Harris has completed fellowships at the Center for 17th and 18th-Century Studies at UCLA's William Andrews Clark Library and the Newberry Library in Chicago. She teaches European history, introductory genealogical methods, English paleography, advanced British genealogical methodology courses, and women's studies. She currently serves as the director for the Family History Program at BYU.​