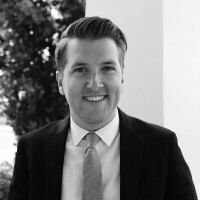 Christopher Jones was born in Salt Lake City but raised in suburban Dallas, Texas. He graduated from BYU with a BA (2007) and MA (2009), both in history, and afterward completed a PhD in early American history at the College of William & Mary (2016). He started teaching at BYU in 2016, first as a visiting assistant professor and, since 2019, an assistant professor of history. Dr. Jones's research focuses on the histories of religion, race, and slavery in early America and the Atlantic world. He is currently at work on two books. The first traces the expansive growth of Methodism in North America, the Caribbean, and West Africa during the late eighteenth and early nineteenth centuries, arguing that the defining features of the movement during this era were dissent and division, as racial and political strife ruined efforts to sustain a transatlantic Methodist community. The second book, a collection of essays co-edited with David Golding, compares and contrasts Protestant and Latter-day Saint missions in the nineteenth and twentieth centuries.

Dr. Jones teaches a variety of courses at BYU, including American History to 1877, Revolutionary America, U.S. Colonial Family History, Slavery and the Slave Trade in Africa and the Atlantic World, African American Family History, and Missions and Missionaries in American History. He and wis wife, Karim, live in South Jordan with their three children. He enjoys cooking (and eating) good food, traveling, reading, sports, and podcasts.