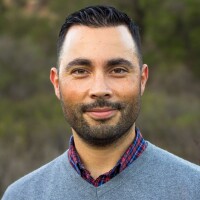 David-James Gonzales is a native of Southern California. He began his collegiate studies at Southwestern Community College in Chula Vista, CA and completed his B.A. in History summa cum laude at the University of California, San Diego in 2011. In 2017, he completed the Ph.D. in History at the University of Southern California writing his dissertation on the Mexican American struggle against segregation in Orange County, CA from 1920 to 1950. During the 2017-2018 academic year, David-James was Preceptor in the USC Dornsife College of Letters, Arts and Sciences, where he taught courses on Latina/o politics and Borderlands History in the Department of American Studies and Ethnicity. Additionally, David-James has lectured in the Cesar E. Chavez Department of Chicana and Chicano Studies at UCLA, teaching graduate and undergraduate courses on Latina/o Urbanism and urban social inequality. \n\n\n\nDavid-James is also a producer and host of the podcast “New Books in Latino Studies,” part of the New Books Network, which streams on Apple podcasts, Stitcher, and is also available for download at: http://newbooksnetwork.com/category/peoples-places/latino-studies/.\n\n\n\nOutside of academia, he has worked in mortgage finance and for-profit higher education. Alongside his wife Karla, David-James is the proud parent of four children.