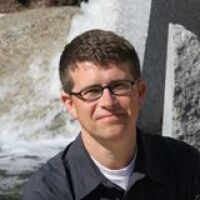 Eric Dursteler joined the History Department of Brigham Young University in 1998. He earned a BA and MA from BYU, and an MA and PhD from Brown University, the latter in 2000. He is a former Fulbright fellow, NEH fellow, and in 2006-2007 was a fellow of the Harvard Center for Italian Renaissance Studies in Florence, Italy. He works on the early modern Mediterranean, identity, conversion and the history of food, and teaches a wide range of courses. His first book, Venetians in Constantinople: Nation, Identity and Coexistence in the Early Modern Mediterranean, came out with John Hopkins University Press in 2006; a paperback edition came out in 2008, and a Turkish translation will be published in 2011. His second book entitled Renegade Women: Gender, Identity and Boundaries in the Early Modern Mediterranean will be published by John Hopkins University Press in early 2011. He is the editor of the News on the Rialto, book review editor for the Journal of Early Modern History. He is married to Whitney Dursteler and has three children, Lauren, Collin, and Addy.