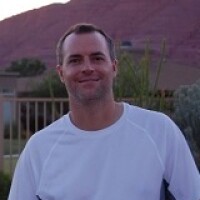 I was born and raised in Salt Lake City, Utah, before attending BYU for my undergraduate degree. After graduating from BYU I completed an MA in literature and literary theory at the University of Virginia, after which I worked in Washington, DC, for several years. I then returned to the academy to attend the University of Chicago, this time in History, where I completed my degree in 2011 and joined the faculty at BYU. My research focuses on American political institutions both inside and outside the United States. I research political economy in the broad sense that the term used to have that included legal, moral, and philosophical questions as well as economic questions in the narrow sense. For example, most recently I have researched the political economy of military occupations, accounting for the successes of the post-World War II occupations of Germany and Japan for the integration of a particular set of economic policies that held moral and political consequences.