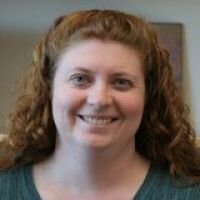 Karen E. Carter is an assistant professor of history at Brigham Young University, specializing in the religious history of early modern France. Her book, Creating Catholics: Catechism and Primary Education in Early Modern France, published in 2011, examines the religious education of children and the types of schooling available in rural parishes. Her second book, Scandal in the Parish: Priests and Parishioners Behaving Badly in Eighteenth-Century France, will be published in 2019. It involves an examination of the relationship between priest and parishioner and the administration of the sacraments in eighteenth-century France. Her next research project is a history of rural France in the early modern period. She teaches courses on France, the Reformation, Europe, and world history. She received a BA in history teaching and an MA in European history from Brigham Young University (1995, 2000) and a PhD from Georgetown University (2006).