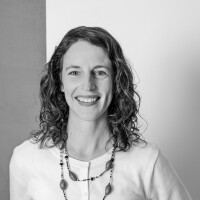 Leslie Hadfield has been teaching African history at BYU since 2010 and is now also the coordinator for BYU's Africana Studies Program. Hadfield primarily studies South African contemporary social and political history. Her research interests include South African liberation movements and the experience of black nurses in the Eastern Cape. Oral history is also an important part of her work. She has conducted extensive interviews in South Africa in both English and the Xhosa language, which she speaks. These interviews formed the basis for her first book, Liberation and Development: Black Consciousness Community Programs in South Africa (MSU Press, 2016) and a large part of her current research on black nurses. She speaks Swahili and has been involved in the African refugee community in Salt Lake City. She is also a proud member of the BYU A-lot flag football team. Hadfield earned her PhD in African history at Michigan State University.