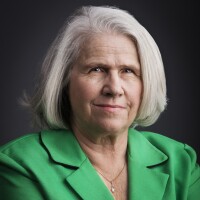 Sondra G. Jones has taught American History, World History, Utah History, and Native American History at three of Utah’s major universities, including BYU. She is currently teaching Utah History and American History at BYU. Sondra received a Master’s degree from BYU and a doctorate from the University of Utah in American History with a minor emphasis in World History and Anthropology. During graduate work at the U of U she also helped develop an online course for World History after 1500, and taught it for several years. However, her primary research interest has been on the American West and in Native American history. She has published two books in Native American history: one examined Indian slavery in 19th century Utah, while the most recent (2019) was a comprehensive history of the Ute Indians. A 75th Anniversary history of Utah Valley University was published in 2016. Current research interests include the impact of disease on history, women and medicine in turn-of-the century Utah, and millennial religions among Native Americans in upstate New York.