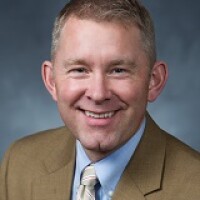 J. Spencer Fluhman is executive director of the Neal A. Maxwell Institute for Religious Scholarship and associate professor of history at Brigham Young University. He graduated summa cum laude from BYU and received masters and doctoral degrees in history from the University of Wisconsin-Madison. His research takes up the question of religious identity and the intersection of religion and politics in the United States. His work has appeared in the New York Times, Journal of Religion and Society, Journal of Mormon History, BYU Studies Quarterly, and Mormon Historical Studies. His article, "An 'American Mahomet': Joseph Smith, Muhammad, and the Problem of Prophets in Antebellum America," (Journal of Mormon History, 2008) won the T. Edgar Lyon Award for Best Article of the Year from the Mormon History Association in 2009. His first book, "A Peculiar People": Anti-Mormonism and the Making of Religion in Nineteenth-Century America (University of North Carolina Press, 2012) won the Mormon History Association's Best First Book Award in 2013. In 2014, he won the Mollie & Karl Butler Young Scholar Award in Western Studies from the Charles Redd Center for Western Studies. He is currently at work on a biography of LDS apostle James E. Talmage (under contract, Oxford University Press). He has held office in the American Academy of Religion, American Society of Church History, and Mormon History Association. He has served as editor-in-chief of Mormon Studies Review since 2013.