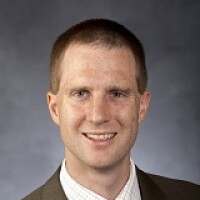 Jeff Hardy joined the BYU History Department in 2011 after completing his education at BYU (BA ’01, MA ’06) and Princeton University (PhD ’11). Jeff’s primary research focus is the penal system (Gulag) of the Soviet Union, an interest sparked by his time as an LDS missionary in Magadan, Russia. He has published a series of articles and book chapters on this topic in recent years and his first book, The Gulag After Stalin (Cornell, 2016), was awarded an honorable mention for the W. Bruce Lincoln Book Prize by the Association for Slavic, East European, and Eurasian Studies. His current book projects investigate how religion was practiced in the Gulag and how the Gulag compared with other penal regimes in the 1920s and 1930s. Jeff is married with three children and enjoys a wide range of outdoor activities, including rock climbing, birdwatching, cycling, beach volleyball, and golf.